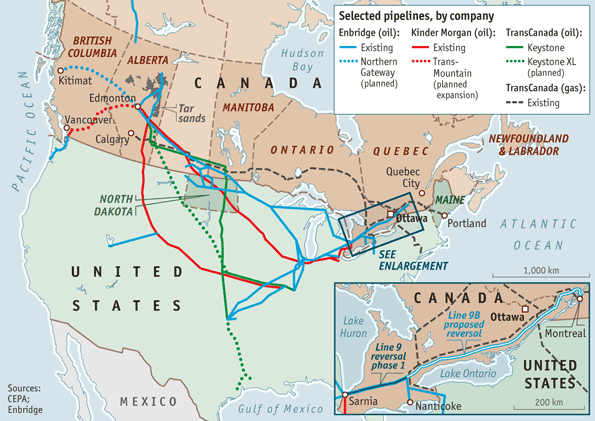 Kinder Morgan’s Trans Mountain expansion has become a lightning rod for climate protests from coast to coast, with opponents from among Trudeau’s own caucus of Liberal MPs and his political ally, Vancouver Mayor Gregor Robertson.

The fight overshadowed quieter deliberations about Enbridge’s proposed replacement of Line 3, a half-century-old pipeline from Alberta to the United States that Trudeau approved Tuesday, effectively doubling its current working capacity.

Between the Trans Mountain and Line 3 expansions, the Liberals have approved the export of almost a million additional barrels of oil per day —…